Those Vegan Cowboys partner up with Westland Cheese

Those Vegan Cowboys partner up with Westland Cheese

Huizen / Ghent - Dutch cheesemakers Westland Cheese and precision fermentation pioneers Those Vegan Cowboys have joined forces to produce a new plant-based line. Both companies consider going cattle-free to be the most promising and futureproof option for truly sustainable cheese. CEO Henny Westland: “This is an important step in our mission to let 100 million people enjoy sustainable, climate-neutral cheese by 2036.” Those Vegan Cowboys founder Jaap Korteweg: “We are both after the best possible taste. To create a product indistinguishable from traditional cheese.''

Teaming up for taste
The two companies are creating the new line in a new joint venture. Henny Westland: “Cooperation is in our blood. And because we, as Westland Cheese, don’t own cattle ourselves, the switch to plant-based is an easy one for us.”

Jaap Korteweg is convinced of the added value of a partnership: “At The Vegetarian Butcher, we always formed alliances. With the traditional meat processing industry, and with top tier chefs. By creating an excellent plant-based product, we’ll accelerate the transition to a more sustainable and animal-friendly food system."

Westland Cheese and Those Vegan Cowboys share the belief that the new Westland Cheese should excel in flavour, above all else. Westland and Korteweg: “We make food for the real cheese enthusiast. That is why our products have to taste at least as good as the traditional version.”

The new line of Westland Cheese and Those Vegan Cowboys will be launched under a new joint brand name and will eventually consist of various products. Henny Westland: "As a family business, we look ahead to the next generation of cheeses, which will add just as much flavour to life as our current cheese products do."

In addition to the collaboration with Westland Cheese, Those Vegan Cowboys continue to focus on the development of dairy-identical plant-based products by precision fermentation. Jaap Korteweg: ”The development of that specific product, made directly from grass, indistinguishable from real cheese, will probably take years. We’re offering a reward of 2.5 million euros to speed up the process. In the meantime, the cheese girl and the cowboy have hooked up to create the best Westland Cheese imaginable right now, based on existing plant-based ingredients.”

Westland Cheese, located in Huizen, The Netherlands, was founded in 1936 by the Westland family. Family members own 100% of the company with Henny Westland as the CEO. Westland Cheese has its cheeses produced by various Dutch dairy cooperatives and owns the brands Maaslander, Old Amsterdam, and Trenta, each of which have a strong market position internationally. In 2014, Westland Cheese received the Family Business Award as an authentic and innovative family business. Westland's ‘why’ is “Adding Taste to Life”.

About Those Vegan Cowboys

Jaap Korteweg and Niko Koffeman founded the company Those Vegan Cowboys in early 2020. From their laboratory in Ghent, Belgium, 23 scientists work on the development of plant-based casein by means of microfermentation. By copying the most important protein component of milk, any kind of cheese can be recreated plant-based in the future. As the initiator of The Vegetarian Butcher, Jaap Korteweg has the ambition to become the largest butcher in the world. In 2018, the company was sold to Unilever, who are well on their way to roll out The Vegetarian Butcher's ambitions worldwide. Those Vegan Cowboys’ mission: to make the dairy chain animal-free. 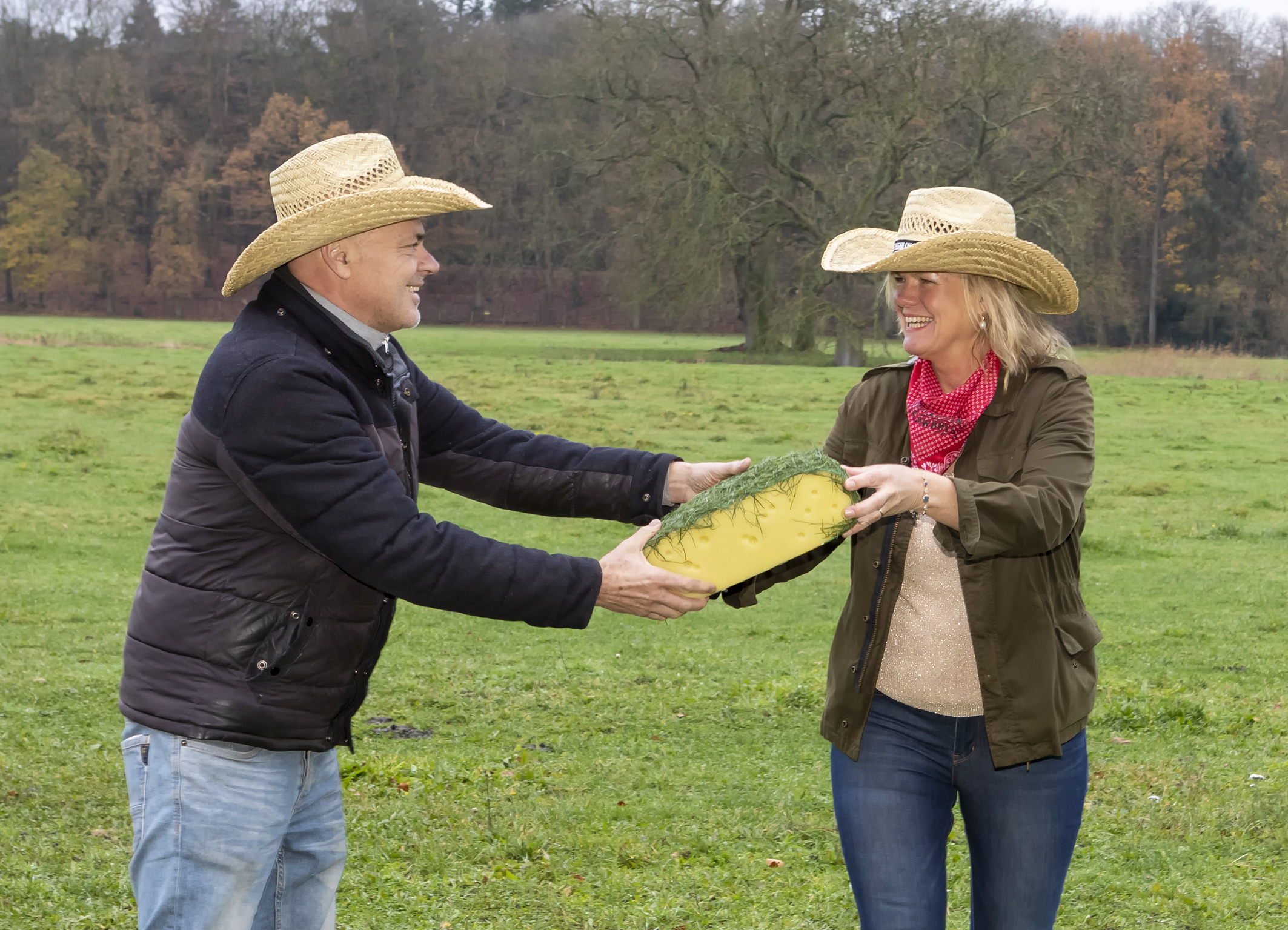